PARAMOUNT Miami Worldcenter developer Dan Kodsi is preparing for the future of urban aviation by making modifications to the rooftop design of the tower in order to accommodate a 5,000-square-foot Skyport atop his new 60-story downtown Miami high-rise. 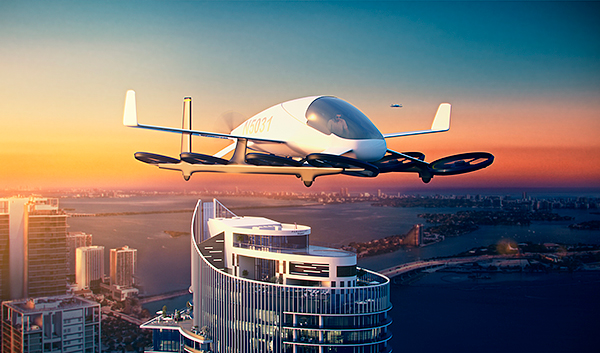 A veteran developer, with a masters in urban planning and background as a recreational pilot, Kodsi has built more than 6,000 units over the course of his 30-year career. Today, he is readying his state-of-the-art future-forward residential tower, with the ability to convert its rooftop into a Skyport for vertical takeoff and landing (VTOL) aircraft, also known as passenger drones, or what some may call “flying cars.”

One day, PARAMOUNT Miami Worldcenter residents could seamlessly ride a sleek glass elevator up to the luxury tower’s private rooftop, where they could be picked up or dropped off by on-demand aircraft.