#ISTAYATHOMEWITHHURTIGRUTEN (better known as “Out on the Balcony and Breathe”) 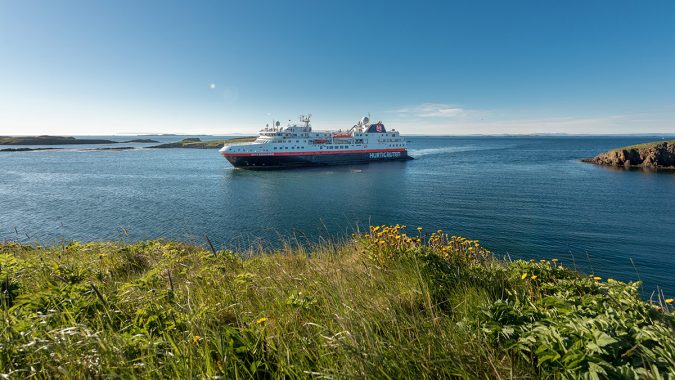 With a clear inspirational and brand awareness objective, the initiative devised by The Blueroom Project arose on the occasion of the confinement to inspire all those who were cooped up at home and encourage them to literally go out on the balcony to breathe, dreaming of a nicer and better future, with Hurtigruten’s trips. What we wanted to get across to the public (and we succeeded) is that Hurtigruten is an inspirational product that brings the beauty of Norway and different parts of the world closer through its different routes and proposes experiences with capital letters with two protagonists: the traveler and nature.

From a constant and rigorous combination of media appearances, digital marketing actions and social networks and communication, content pills were delivered to the user through different channels as “breaths of fresh air” with information about the different routes, products and activities of the Norwegian shipping company Hurtigruten.

A total of 3 times a week for 10 weeks between April and May, every Monday, Wednesday and Friday, the balcony and window were opened to show what nature with Hurtigruten has to offer. A total of 10 “breaths of fresh air” or newsletters with themes related to the Hurtigruten product, routes and activities as follows, using the following hashtags for use in social networks and indicating the official website:

Friday, May 1: Aurora Borealis, a delight for the senses

Wednesday, May 6: Sail Norway in Autumn

Friday, May 8: Set sail for adventure!

Wednesday, May 13: Norwegian winter aboard Hurtigruten 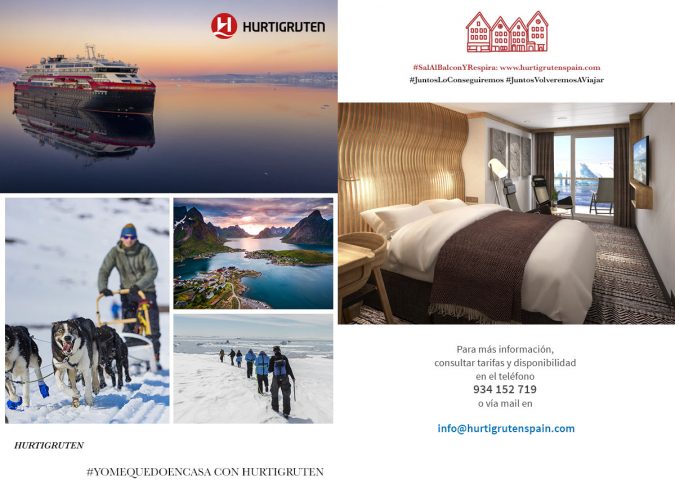 In addition, the action was supported with different articles in key tourism-related media, different pushes on social channels as well as the use of other Social Media tools with Instagram live feeds in collaboration with lifestyle influencers and niche cruise media with the direct presence of the General Manager of the company’s Spain Representation, Alex Pamies.

During the weeks of the action, a total of 2,872 users were achieved, of which 2,719 are new users, and 3,928 sessions, making the user behavior 1.37 sessions and 2.50 pages per session. This data means that, on average, the new user who came to the site logged on more than once and that each time he/she entered the site, he/she not only stayed on the main or home page, but also visited 2 and a half pages per session. Moreover, the average duration of the session was 2 minutes 11 seconds, which means that the people attracted to the “Go out to the balcony and breathe” initiative have indeed watched the videos.

According to Alex Pàmies – General Manager Viajes EV – Hurtigruten’s Official Representative for Spain and Portugal “The “Come out to the balcony and breathe” campaign was a success from an image point of view. At a time when we were confined and could not leave the house, it was a nice way to encourage people by sending inputs from places where we would all like to be at that moment. Natural spaces, open spaces, majestic spaces, places where we could move, and, as the slogan said, BREATHE”.

It is important to refer to the source, that is, from where the public arrived. In the first place, there are the people who accessed directly: the people who have directly accessed hurtigrutenspain.com, being the link that was provided in the emailings and in the social networks or thanks to the media that published the web with this initiative. Also present are the search engines from where the public arrived organically, such as Google in second place and Bing in fourth place. Likewise, the third, fifth, sixth, eighth, ninth and tenth positions correspond to the media: Traveler, 02B, the travel website of El Periódico (Viajar), Msn.com, the website of the professional tourism sector (Hosteltur) and weeknd.perfil.com, a tourist information website. And Facebook completes the list in 7th place.