The leader magazine specialized in marketing and communications IP Mark has selected a campaign of HomeAway within the section of tourist companies as one of the best strategies of 2016. IP Mark rewards the outstanding creativity to professionals in the advertising world as well as agencies, producers and advertisers.

In 2016 HomeAway designed and implemented an unprecedented action that was part of the campaign The whole House. The whole family. Complete vacations. As sponsors of the UEFA Euro 2016, HomeAway created an apartment on the first floor of the Eiffel Tower on temporary basis and, through a public on-line based contest, four winning families were able to sleep one night in this iconic world monument. Other supporting activities were also carried out such as yoga classes or football games broadcastings.

The results at the global level are exceptional, with 20 times more press cuttings than any previous HomeAway campaign, more than 2.5 million impressions, more than 2,500 articles published with media appearances from the six continents, a total of more than 14.7 million unique users and more than 300 million reach in different social networks.

The Blueroom Project, as HomeAway PR agency for the Spanish market, participated in the local implementation of this campaign securing coverage from key national media such as El País, Expansión or ABC, among many others. 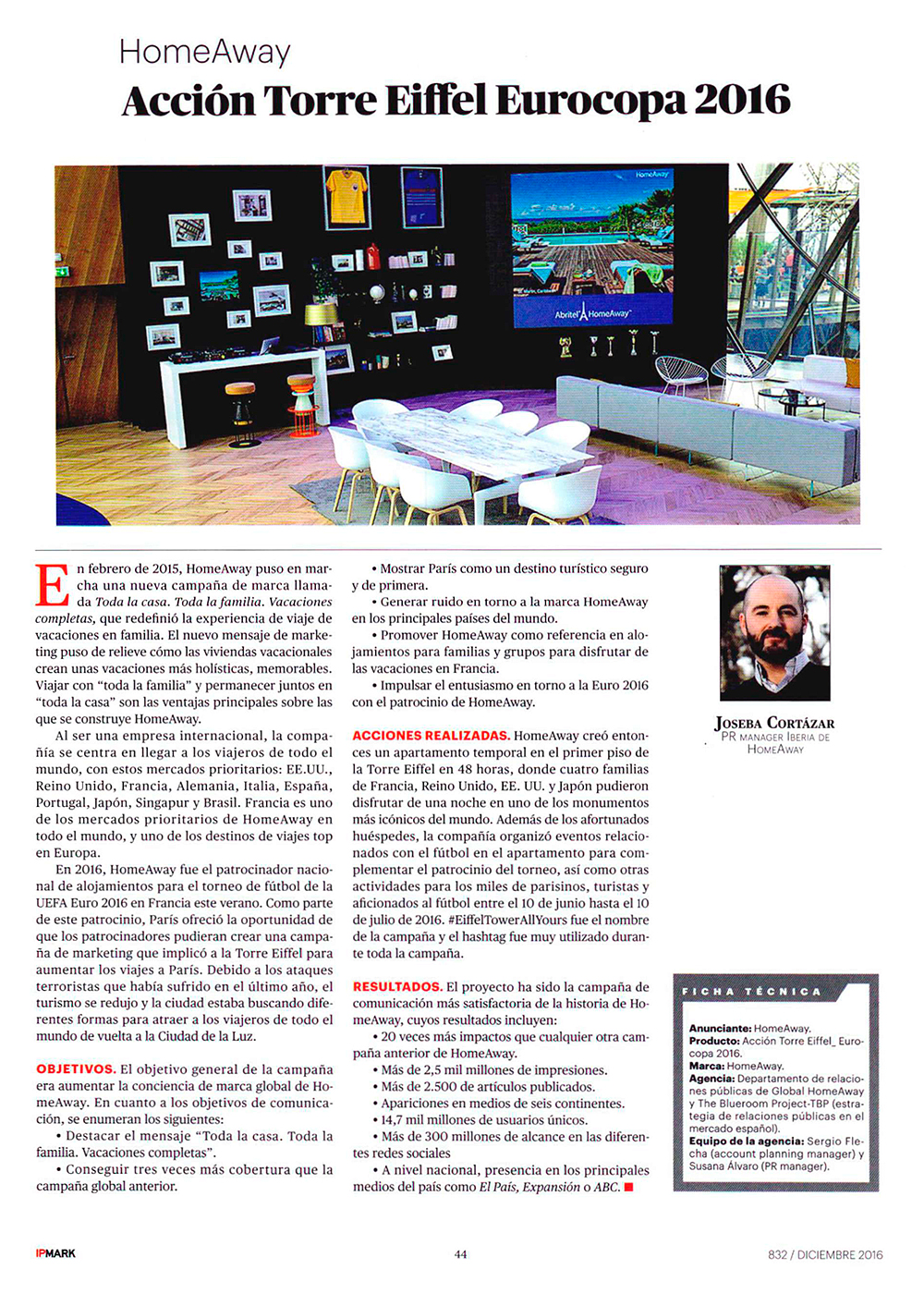