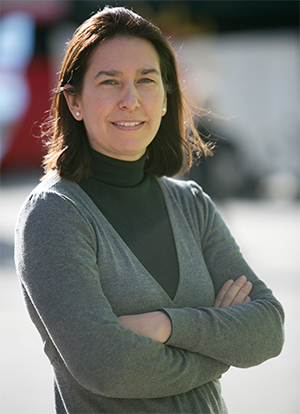 With an experience of more than 21 years as an Advisor in Public Relations, she has been working in different fields such as mushers’ races in the Pyrenees, luxury houses in California, culture, sport and aviation. She has lived in Barcelona, Geneva, Boston and San Francisco, where she worked in the company Pacific Union (General Motors Group).

She has an entrepreneur spirit which led her to create the departments of Public Relations in the Culture Forum in Barcelona 2004 and in Vueling Airlines, where she stayed until she was hired by the F.C. Barcelona.

Her world revolves around her kids, Léa and Alex, who are inspired by her love of travelling, since her favourite game is packing her luggage to go on holiday.